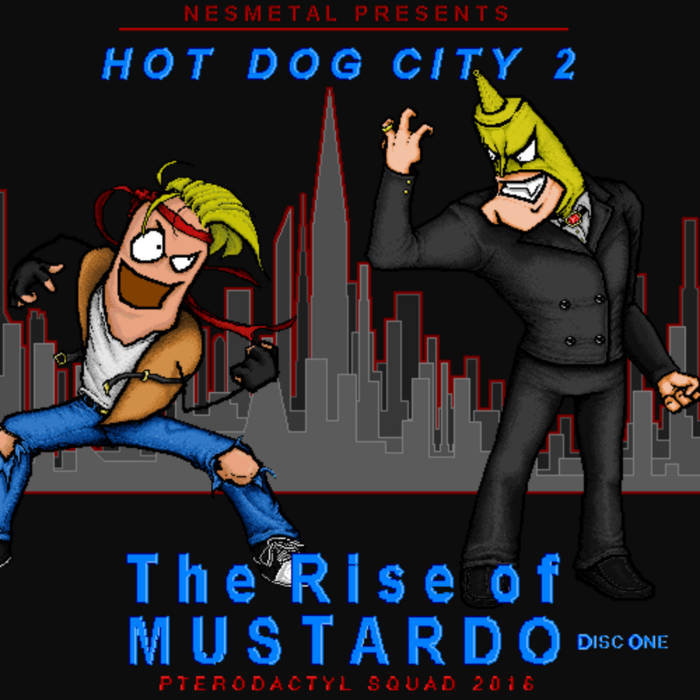 "I've always loved Yuzo Koshiro's work on the Streets of Rage series (as well as the games themselves) and thought it would be fun to make my own soundtrack for a scrolling beat 'em up.

So 10 years after Franklyn journeyed to Hot Dog City, I decided to throw him and his two friends, Reddy and Eggret into a city-wide brawl in an effort to stop Mayor Helmen (who is really the diabolical Mustardo) from destroying their beloved city."